It’s a new dawn for Gotham City after the events of the epic crossover storyline, NO MAN’S LAND. Battles were won and lost, allegiances and friendships were tested, and the city itself was left on the brink of implosion.

Now, officially back under the sanction of the U.S. Government, Gotham is dangerously close to erupting into civil war as two factions of Gothamites vie for control of the home of the Dark Knight. The OGs–those who stayed in Gotham during the cataclysmic events of NO MAN’S LAND–and the DeeZees–residents of the the city who left during the hard times and have now returned–are at each others’s throats and it’s up to Batman, Robin, Nightwing and Batgirl to keep the conflict from coming to a bloody head.

On top of this civil unrest, Batman’s longtime nemesis Ra’s al Ghul has returned to Gotham with a deadly plan that will not only devastate the city, but also the entire world! Only the strong will survive in this collection written by comics superstar Greg Rucka (GOTHAM CENTRAL, Lazarus). 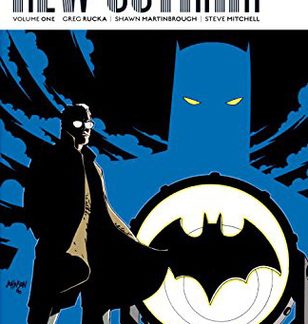