Writer Grant Morrison (Multiversity, Batman Incorporated), on his first Dark Knight story ever, and artist Klaus Janson (Superman, Batman: Death and the Maidens) tell the tale of Batman as he attempts to stop a madman from sacrificing the soul of a city and its people.

Mr. Whisper, the man without a shadow, was brutally murdered 20 years ago, and yet…somehow, he has returned. And now the mysterious figure stalks Gotham City’s most notorious crime lords, killing them off one by one.

With the underworld of Gotham in chaos, the Dark Knight is drawn into conflict with Mr. Whisper, only to discover that this immortal killer has a terrifying connection to Bruce Wayne’s youth. Despite this shocking revelation, the Caped Crusader must find a way to stop the unkillable man from unleashing a lethal plague on Gotham. 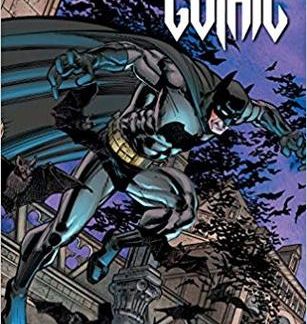